Welcome to the city of Zadar, which has an extraordionary, 3000 year-old history and a cultural heritage which always brings out something new and completelly original. Located in the very heart of the Adriatic, Zadar is an urban center of Northern Dalmatia. It is also the administrative, business, cultural and political centar of the region with 92 000 inhabitants. The city of Zadar offers numerous tourist attractions: if you are looking for an ideal accommodation, local gourmey delicatessen or cultural heritage sights, modern sports venues or excursion travel, you have chosen the right destination for leisure, sport and fun.

The gastronomy of the Zadar region is based on tasty fish, shellfish and molluscs. But the real treat are dishes of lamb, especially the one coming from the island of Pag and sheep milk cheese, olive oil and vegetables. For those who love good food, scents, wine and the ambiance of Dalmatia this is a true gastr-destination.

The secret is in the sheep, Bora wind and aromatic herbs. It is one of the best cheeses in Croatia, maybe even in the world. The cheese is the original Croatian product which received many awards. In order to produce 1 kg of the cheese 6 l of a sheep's milk is used. Although the secret of the flavor will never be discovered, many people believe that it is about the sheep, the pasture and the Bora wind.

The prosciutto from Posedarje, Dalmatia

It is made in a traditional way, combining only 4 components: the sea salt, bora wind from Velebit, cold smoke and it is hand-made. This kind of production gives the meat its special taste and scent.

Dalmatinski šokol is smoked meat made in a special way, combining sea salt, bora wind and special kind of herbs.

Maraschino is served as a desert liquor but also as an addition to icecream, fruit salads etc. Hand-woven bottle of Maraschino has been proclaimed the souvenir of Croatia and it is a true memory one can take from Zadar. 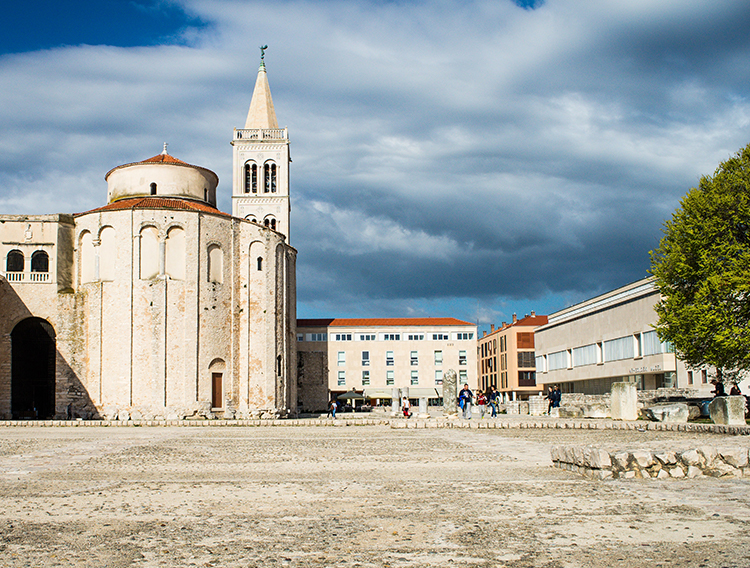